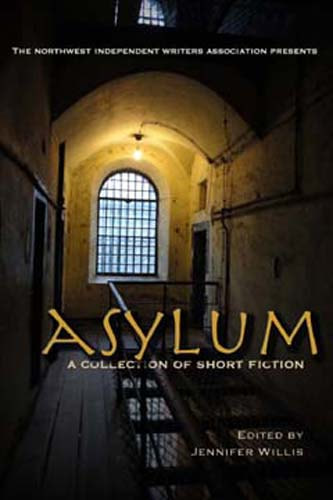 A religious refugee fleeing for his life in his own country. A trickster asking an enemy for safe haven. A horrific visit to a psychiatric ward overrun by its charges. An unexplained theft from a biomedical lab. The last known survivor of a mysterious plague. A wormhole to the most peaceful and secret place in the world. A detective on the trail of a human trafficker.

What does asylum mean to you?

In the 2015 anthology collection from the Northwest Independent Writers Association, seventeen authors explore the obvious and hidden meanings of this theme—from a werewolf on a mission and self-sacrifice in a post-apocalyptic world, to shadowy wizardry, a questing knight, and a gentle prison for geniuses.